Living With A Stranger

I was just about to put my laptop away because I felt uninspired as I sat on my flight back to San Diego, California after spending the holidays with my family. I thought to myself that it would be better for me to relax and color a mandala, which I conveniently packed in my carry-on. I reached into my bag and realized that my colored pencils were in the overhead compartment and I didn’t want to disturb those sitting next to me by jumping up to get them. Instead, I grabbed my yoga notebook and decided to see if there was something inside of it to inspire me. This notebook normally doesn’t travel with me but for some reason, as I left my home a couple of weeks ago, I decided to bring it along on my holiday. I opened the notebook to blank pages to find a small note card with writing on it inserted between the sheets of paper. The note said, “I’m sorry.” It was written by my now ex-boyfriend that left me in a state I can barely describe today. But now I can start to tell my story of forgiveness through love for a man I came to realize that I barely knew.

I have to admit one thing,

I was living a lie throughout our entire time together,

and (ironically) he was doing the same.

The relationship between this man and myself lasted for a number of years and ended in a manner that, till this day, feels like death. Let’s call him Patrick to protect his privacy. Patrick and I met on the lower east side of New York City through mutual friends and immediately became infatuated with one another. His laugh was contagious, his hair long, and he was native to the city that I adored…a combination that had a strong gravitational pull on me. The beginning was new and exciting like most relationships, and led us to quickly moving in together (a norm in a city where the rent is so high). Before I continue, however, I have to admit one thing, I was living a lie throughout our entire time together, and (ironically) he was doing the same.

Long story short, I stayed with this man for several years even though my intuition, from time to time, told me to leave. But I did not, because honest to God, I felt that I was so completely damaged from my previous (and abusive) relationship that I didn’t have the capability to appreciate a good man, which I thought Patrick was. I was also greatly influenced by those around me, who were more than impressed by his work ethic, looks and charm. So, I stayed and fought like hell to love this man fully and unconditionally.

Everything changed in a blink of an eye the day Patrick left me. I was upstairs getting ready for my only day off when he called me downstairs. He was pale and sweating and could barely make eye contact with me. He informed me that he was leaving. I didn’t understand what he meant, but I could feel my stomach turning upside down. He told me that he couldn’t give me anymore information because he didn’t want to get me involved. At this point a million questions were running through my head but I just sat there and accepted what he was saying. Part of me knew this day was going to come but I thought it would be the other way around, me leaving him. He told me that he was going to a rehabilitation center in Arizona for his addictions. I blankly stared at him because I had no clue what the hell he was talking about. I had lived with this man for almost four years and could not recall an issue with drugs or alcohol. Actually, he was the kind of person that behaved the exact same way even after some heavy drinking. He worked 70 hour weeks and was never home. So how the hell could he had found time to get fucked up? All of a sudden I felt as if I had been living with a stranger. Shock overtook my body and I just sat there as he picked up his bags and walked out the door. I took a few deep breaths and convinced myself that this was not that big of a deal. Relationships end and I was over emphasizing his role in my life. I had errands to run and I wasn’t going to let this ruin my day. It is what it is, right? Well, not exactly.

As I was out running errands, I began to receive phone calls from his business partners asking if I had seen him. I remembered, that as Patrick walked out the door just a few hours before, he told me to tell anyone looking for him that he and I had broken-up a couple of months ago. So I did. I didn’t see any harm in avoiding the mess that I was so unaware of. Then, the truth started to come out - Patrick was a high risk gambler and there were hundred of thousands of dollars unaccounted for to which he had access. I was in complete shock once again. Who was this man that I had given myself to? My entire body starting shaking uncontrollably as I walked my bicycle on the sidewalk through the busyness of NYC. I began to cry and just then it was as if Mother Nature began to cry with me. The raindrops poured out of the sky and tears streamed down my cheeks. I could barely breathe. My heart literally throbbed in pain. I had never felt so lost in a place that I knew like the back of my hand. I was unable to comprehend what the fuck was happening. I swear I could actually feel the world spinning beneath my feet. Focus. Walk. Go home. Go. Home. What was home now? Fuck.

Eventually I got back to the place we had called home and sat on our bed alone. I was in a daze as I looked out the windows illuminated by the famous NYC Art Deco Chrysler building’s lights. Till this day I don’t know how many days went by before I moved because I was completely destroyed. The feeling was similar to when my older sister was killed years previously in an tragic car accident. I was in a permanent dreamlike state and didn’t know which way was up. It was as if the man that I had lived with and loved was gone forever and, at the same time, never existed.

I was in a permanent dreamlike state

and didn’t know which way was up.

There are so many more details to this story that I will eventually share with you, but for now this is all of the story that I can release. My life has been a slew of lessons for which I am actually extremely grateful. The forgiveness I have had to find deep within my soul for Patrick is indescribable. I can’t seem to just forgive the overall package of him and his role in my life. Instead I’ve had to recognize the specific feelings that he has shaken out of me in order to truly heal and forgive. The reason I am sharing this with you is because I want you to know that healing takes time. We each have these experiences that shake us to our core and leave us with so many unanswered questions. But this isn’t where your energy needs to go. Accept that the questions can’t necessarily all be answered. In fact, the answers aren’t important. We must begin to digest the feelings, recognize the nature of the pain and be able to slowly forgive those that have hurt us. I can only imagine that someone capable of hurting another to such capacity must be suffering the most. So, forgive. Forgive the Patricks of the world and forgive yourself. Take the lessons given but do not lose trust in humanity or in the power of love. Continue to love with an open heart while allowing your intuition to lead the way. 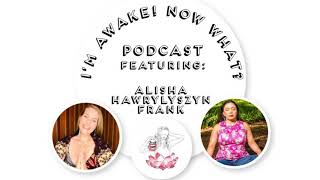